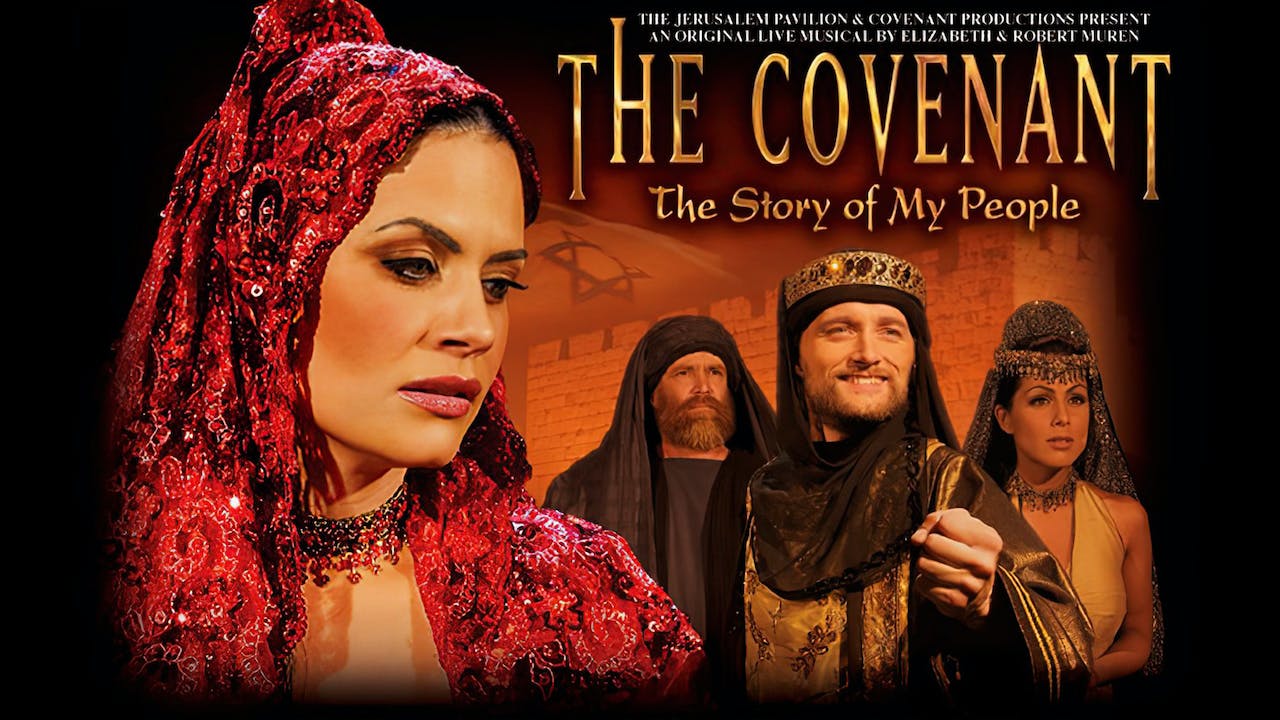 The Covenant - The Story of My People

The Covenant is a breathtaking musical drama that recounts the remarkable story of the Jewish people from the calling of Abraham until the establishment of the State of Israel.

The Covenant takes you on a unique journey through time so you can experience ‘first hand’ the stories that have shaped the history of this nation.

With its powerful music and songs, the talented actors, singers and dancers have told the story of The Covenant throughout the world, making it an unforgettable and life-changing experience for audiences of all ages. In Israel alone, tens of thousands of people all over the country have seen the Hebrew version, Ha Brit, translated by the legendary Israeli lyricist Ehud Manor.

Experience the pain of Egyptian slavery through Jokebed, the mother of Moses, as she sets her baby into the Nile. Follow Ruth, the gentile girl, as she pledges herself to Naomi and the God of Israel, and meet the king that conquered the heart of God. Face the challenge with Esther, the Jewish girl that became the Queen of Persia, as she risks her life to plead for her people.

In the dark centuries following the Roman occupation of the Land of Israel, The Covenant brings you to the Sabbath tables of persecuted Jewish families in the diaspora, ending in the Warsaw ghetto and culminating in the tragedy of the Holocaust.

See how the ancient words of the Prophets are fulfilled before your eyes, as the Jewish people are regathered from the four corners of the earth and celebrate with them as the State of Israel is reborn in 1948.