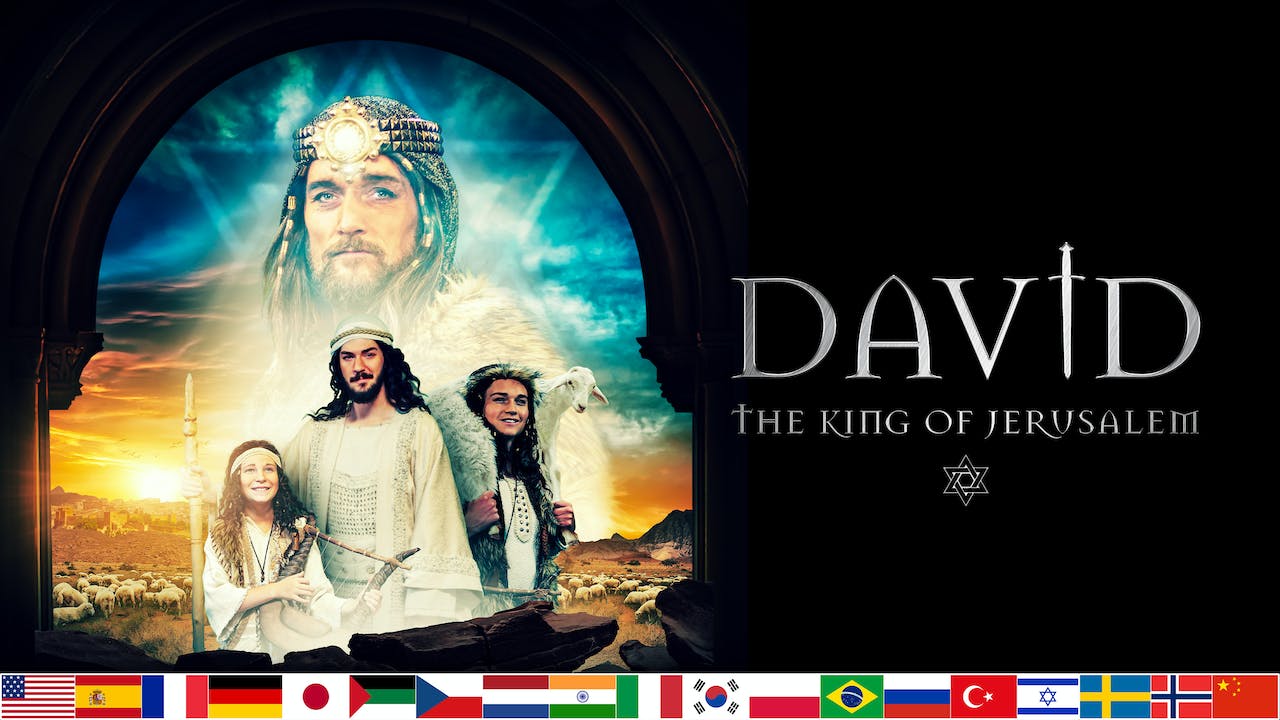 DAVID - The King of Jerusalem

A musical movie of the life of King David, and how he rediscovers being a man after God’s own heart.

On the eve of a royal banquet in Jerusalem, an old and tired King David prepares to choose a successor from among his sons. A sinister conspiracy comes to light that threatens his kingdom and forces the king to flee his city. David must once again put his trust in the Lord. Guided by his mentor and dear friend, Raiti, David revisits the key events of his youth that shaped his life, from his humble days as a shepherd boy, to his anointing by the Prophet Samuel, his rise to the throne of Israel and his moral fall with Bathsheba. But in order to save his Kingdom, David will have to confront his own greatest enemy - the darkness in his own soul.